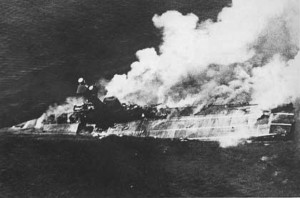 Sri Lanka, the jewel of the Indian Ocean, was proclaimed by Marco Polo to be amongst the finest islands on earth.

Sri Lanka is home to seven UNESCO World Heritage Sites. Six of these are testament to a civilization with over 2,000 years of recorded history while a seventh natural site boasts some of the highest biodiversity in the world. These sites showcase the island’s rich history and contribution to civilization. The largest of these sites are located in the ‘cultural triangle’, an area that links the ancient capitals of Anuradhapura, Polonnaruwa and Kandy.

With its exciting cultural past, Sri Lanka (formerly known as Ceylon) has a rich maritime history. According to historical records it is estimated that there are over 200 shipwrecks around the coast of Sri Lanka. Five hundred years of trade, commerce, conflict and war from the times of the Portuguese, Dutch and the British resulted in vast amount of shipping traffic around the coast, ensuring a diverse selection and large number of wrecks.

Without a doubt, one of the most outstanding wreck dives in the world can be found in Sri Lanka. HMS Hermes has recently become available for technically trained divers to explore. At dawn, on 9 April 1942, in the Indian Ocean just off the coast of Batticaloa in eastern Sri Lanka, the 167 metre long, 12,900 ton aircraft carrier HMS Hermes, was attacked in a devastating raid by 70 Japanese aircraft. Taking 40 hits in just 10 minutes, HMS Hermes capsized and disappeared beneath the waves, with the loss of 307 men.

Filled with cultural and natural treasures, the island encompasses magnificent landscapes, beautiful beaches, abundant wildlife and ancient art and architecture. Over 1,300 km of beach surround the island, from established tourist destinations of the southern coast to the less-visited beaches of the north and east.

On the east coast of Sri Lanka is the city of Batticaloa which sits on a flat coastal plain, bordered by the Indian Ocean, several large shallow lagoons and a 4 kilometre stretch of sandy beach. Batticaloa is about 300 kilometres east north east from the capital city of Colombo and 111 kilometres south by south east of Trincomalee. Getting to Batticaloa (Batti) from Colombo is generally a minimum 6 hour affair. The journey is as exciting as the destination. From the ancient kingdom of Polonnaruwa, the road to Batti is tortuous, winding upon an arid terrain covered with bush and occasional stray cattle. Sightings of  wild herds of elephants, peacocks, deer and mongoose is a common occurrence.

ANURADHAPURA (206 km north-east of Colombo) For some 1,400 years,Anuradhapura was a city that flourished in the arts, humanities, hydraulic technology and Buddhism at a time when Europe was still in its infancy.

Anuradhapura is now a modern city with spacious roads and concrete buildings. A short distance away lay the impressive ruins of its ancient city. The structures are mostly intact or restored. Jetavana was the world’s greatest mass of masonry after the pyramids of Giza.

DAMBULLA (148 km north-east of Colombo)
A modern market town, Dambulla is the commercial hub of the North Central Province. One of Sri Lanka’s seven UNESCO Heritage Sites, Golden Temple of Dambulla (a cave temple complex), is located here. It is also home to the countries’ newest international cricket stadium.

KANDY (93 km north-east of Colombo)
Picturesque Kandy is known to Sri Lankans as ‘the Great City’. Traditionally it is a transit point to the Cultural Triangle. It is the centre of Sri Lanka’s rich culture and a symbol of the nation’s identity. It is famous for theTemple of the Tooth.

POLONNARUWA (140 km north of Kandy)
From the 11-13th centuries, Polonnaruwa was Sri Lanka’s medieval capital. The ruins of the ancient city stand on the east shore of an artificial lake and within a rectangle of city walls stand royal palaces, bathing ponds, monasteries and sacred architecture.

SIGIRIYA (22km north-east of Dambulla)
Another UNESCO World Heritage Site, Sigiriya is an ancient rock fortress and palace ruin, surrounded by an extensive network of gardens. It towers more than 200m over the surrounding plains. A dawn ascent of the rock is recommended.

PINNAWALA (90 km from Colombo, towards Kandy)
Pinnawala is home to the elephant orphanage. The elephants are accustomed to curious human visitors. Bathing and feeding times are popular.

HMS Hermes, located just 8 kilometres (30 minute boat ride) off the coast, is just one of the wrecks that forms a divers’ paradise around Batticaloa. Sunken ships and other detritus of war, litter the sandy bottom along the coast, including remains from more recent conflicts. Until 2008, it was only possible to dive the east coast if you were accompanied by the Sri Lankan navy.

But now, more than sixty years after sinking, the area has been opened to tourism and HMS Hermes has finally become available for technically trained divers to explore. One of just three aircraft carriers accessible to divers (the USS Oriskany located in Florida, and the USS Saratoga located in Bikini Atoll), HMS Hermes is unique in that she was the only one sunk in battle. This is without doubt, one of the most outstanding wreck dives in the world, with incredible visibility and abundant marine life.

We are very excited to be able to offer divers the unique opportunity to dive this remarkable wreck.

HMS Hermes is recommended for divers with minimum technical training to 50 metres. She lies in 45 – 58 metres of water, port side down and is surrounded by prolific marine life and coral growth. Moderate to strong currents can be experienced on the dive.

The wreck is a “military maritime grave” and as such no attempt should be made to gain access to the inside of the wreck or touch or disturb or in any way interfere with the wreck.  There must be no attempt to remove artefacts of any kind form the wreck.

Whilst there is no objection to still photography or filming of the wreck, the dive team should only photograph or film the exterior of the wreck.

Every effort must be made to avoid photographing or filming any human remains. Any photographs or film inadvertently taken of human remains should under no circumstances be published or broadcast.

The maximum depth of the wreck is 56m and the water temperature is approximately 27 C’ at 40m.

Note: The above dives are not on Trimix. Helium is available. (must be ordered in advance)

Diver Training: The minimum training requirement to dive the Hermes is as follows:
Technical dive qualification to minimum of 50m plus Advanced Nitrox certified.

Equipment required: Divers will need to bring their own BCD , 3 x Din Regulators, mask, fins, wet suit, dive computer and slates. All divers must have a Safety Marker Buoy with line and reel
for decompressions stops.

Other wreck dives around Batticaloa

Lost in battle on the same day, and now able to be dived are the recently identified merchant ship S.S. British Sergeant, British oil tanker R.F.A. Athelstane and corvette H.M.S. Hollyhock. There have also been several boiler wrecks and cargo ships found in the area. The wreckage of HMS Hermes’ Australian escort ship, HMAS Vampire, is still to be found.

Small, upright steamship somewhat broken up. Can be a 2nd dive after British Sergeant. Has considerable marine life. Depth: 18 metres.

Small wreck can be done as a 2nd dive after British Sergeant. Depth: 4 – 10 metres.

Lies approx. 500 metres from the Athelstane. A bounce dive to 42 metres.

Lying in 12 metres off Batticaloa